Yogi of the Season, Brad Biggerstaff 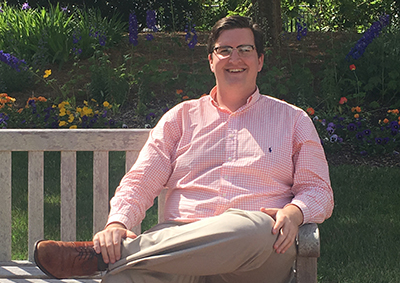 It is the eve of June 5, 2020 with a full moon hanging in the night sky as I write this first post in months. This moon is known as a “Strawberry Moon”. So named by the Algonquin tribe to signify the time in which strawberries were typically harvested and, rumor has it, this full moon is said to have a pink hue. It is also the time of a lunar eclipse. Specifically, a penumbral lunar eclipse where the Earth, Sun and Moon are in an imperfect alignment. How fitting. As I have settled in to highlight and celebrate someone who is not only Lift’s Yogi of the month but one who has, essentially, become our Yogi of the Season, Brad Biggerstaff; I have become aware of a lot of synchronicities with this post. Brad is a yogi, an associate pastor at Midway United Methodist Church, and a “boots on the ground” advocate for unity in our community. Here is the first coincidence, the term “yoga” is Sanskrit for “unity” and he practices both! Even more serendipitous is that I sought to watch a YouTube post of Brad speaking on behalf of Midway United Methodist. A post updating the community on the services still offered by the Church, the staff and himself. Instead I landed on one from January 19, 2018 in which Brad was speaking at the National Festival of Young Preachers on the times in which we are walking side by side the darkest parts of ourselves and/or life. The fact of needing the space to lament, or to experience pain and troubles. A couple of times Brad asked the question, “Where do we have space?” As in, where do we have space to lament or demonstrate our grief and sorrow? And currently, don’t we all need a little space to do so? Space to lament in unity, in imperfect alignment with one another to harvest something special and much needed and cherished. In learning more about Brad one can see he is a terrific supporter for this feat. Brad went to the Candler School of Theology at Emory and has worked with refugees at the Lutheran Services of Georgia and continues to do outreach via the many local and international ministries at Midway UMC. It is an honor to celebrate him.

Lift: So Brad, how did you come to yoga?

Brad: Yoga was something I tried during my Masters program at Emory University. One of my friends in school, Emily, had gone through teacher training and began to offer classes in the basement of the school chapel. I went because Emily told me about its many benefits. I think I went, initially, as a joke because I had an image of what yoga was in my mind. I mean, I hadn’t seen many 6’4” 300 pound yogis in my life. But I must say, after my first session, my stress and anxiety were way lower that evening and I saw that there was something to yoga. Over the next couple years I tried to do yoga at least once a week and I really saw how regular practice was helpful in grounding me.

Lift: How did you find Lift?

Brad: I moved to the area in late July 2019 and I found Lift online when searching studios. I saw the good reviews and noticed on the website that there was an open house that coming weekend! (What a coincidence!) I signed up for the free class with Paige and I really enjoyed it and I have been coming back ever since.

Lift: So what keeps you coming back?

Brad: In general, I keep coming back to yoga because of the mental health benefits of it. When anxiety kicks up, I know that an intentional yoga practice grounds me back in my body and in the moment. My profession comes with some rather intense emotional and personal moments with people. Whether it’s a funeral service, hospice visit, or simply sharing time with someone and listening to their stories, Pastors have the tendency to take on a lot in helping others bear what is burdening them. But I have found yoga to be the thing that brings me back to who I am and having peace with myself and those around me. Also, I keep coming back to yoga at Lift because of the awesome teachers and community! (Yay!)

Lift: Do you have any specific goals for your personal yoga practice?

Brad: A funny story that I love to tell people is that when I first tried yoga, I could not even cross my legs when I was sitting down. My first goal was to be able to comfortably sit on the ground cross legged! I reached that goal well over a year ago, and more recent goals have been to really have more powerful meditative moments in yoga. This is why I have love and frequent Paige and Kember’s Yin based classes. But long term, I would like to go to teacher training myself. I am shooting for that goal in 2021! (Love it and you totally should!)

Lift: Is there one place in the world you would like to do yoga?

Brad: Honestly, right now I’d love to get good at practicing yoga on my own in my apartment. I love the communal practice of yoga so much that I sometimes struggle with the practice on my own (especially in this tiny apartment). But during this coronavirus pandemic, I need to learn to do it! Also, I’ll say that I would love to do yoga at Angkor Wat in Cambodia. My church has ministries that we support in Cambodia, and I look forward to going in 2021 to be with my friends Andrew and Lun and taking my mat with me! (Send us pictures when you do!)

Lift: If you could pick two yoga mat neighbors, who would it be and why?

Brad: The two people I would pick are any two people out there that struggle with anxiety, depression, trauma, etc. that, like myself, thought yoga was a joke and had never done it before. And I’d like to be their yoga mat neighbor the first time they practiced yoga to witness the grounding even one practice can give them. Then, I would make sure to invite them back for more! (yes!)

Lift: Brad, it is an honor to do yoga with you and look forward to when we see you on video or in person at the Studio. Thank you for sharing your time with me. Namaste.

A little note: Here are a few poses that might come in handy during stressful times. Hold the poses for as long as it works for you in comfort. Don’t forget to breathe! 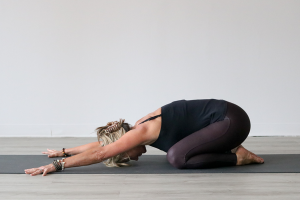 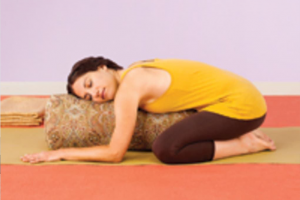 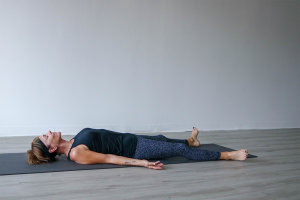 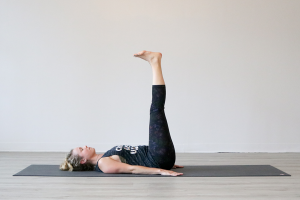 See you on the mat Lifties!